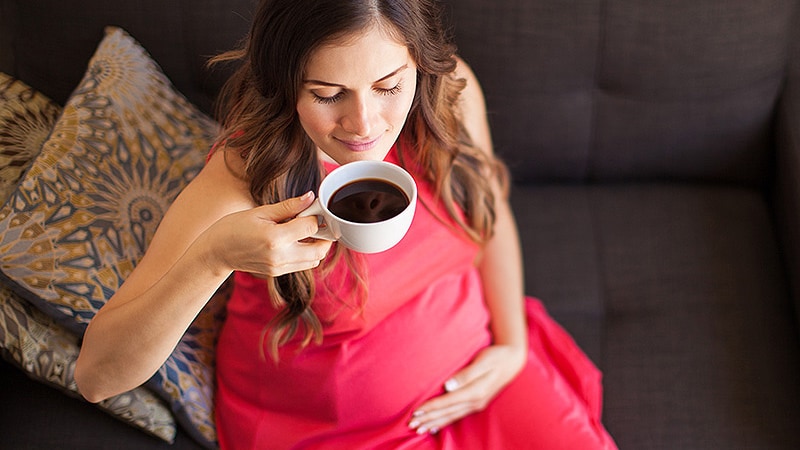 For pregnant ladies, simply half a cup of coffee a day may decrease neonatal birth size and body weight, according to a potential study involving more than 2,500 women.

That’s only 50 mg of a caffeine day, which falls listed below the upper threshold of 200 mg set by the American College of Obstetricians and Gynecologists, lead author Jessica Gleason, PhD, Miles Per Hour, of the Eunice Kennedy Shriver National Institute of Kid Health and Person Advancement, Bethesda, Md, and associates reported.

“Systematic evaluations and meta-analyses have reported that maternal caffeine consumption, even in doses lower than 200 mg, is related to a greater danger for low birth weight, small for gestational age (SGA), and fetal development restriction, recommending there may be no safe amount of caffeine throughout pregnancy,” the investigators composed in JAMA Network Open.

Findings to date have been irregular, with a 2014 meta-analysis reporting contrary or null results in 4 out of nine studies.

Gleason and colleagues suggested that such disparities may be caused by uncontrolled confounding factors in some of the studies, such as cigarette smoking, as well as the inadequacy of self-reporting, which stops working to incorporate variations in caffeine material between drinks, or differences in rates of metabolism between people.

“To our knowledge, no research studies have analyzed the association in between caffeine consumption and neonatal anthropometric measures beyond weight, length, and head circumference, and few have evaluated plasma concentrations of caffeine and its metabolites or genetic variations in the rate of metabolism connected with neonatal size,” the private investigators composed.

Gleason and coworkers set out to address this knowledge space with a potential cohort study, including 2,055 nonsmoking females with low threat of birth defects who presented at 12 centers in between 2009 and 2013. Mean individual age was 28.3 years and imply body mass index was 23.6. Races and ethnic cultures were represented practically equally even throughout 4 groups: Hispanic (28.2%), White (27.4%), Black (25.2%), and Asian/Pacific Islander (19.2%). Rate of caffeine metabolism was defined by the single-nucleotide alternative rs762551 (CYP1A2 * 1F), according to which, somewhat more females had slow metabolic process (52.7%) than quick metabolism (47.3%).

Women were registered at 8-13 weeks’ gestational age, at which time they went through interviews and blood draws, enabling measurement of caffeine and paraxanthine plasma levels, along with self-reported caffeine intake throughout the preceding week.

Throughout six visits, fetal development was observed by means of ultrasound. Medical records were used to figure out birth weights and neonatal anthropometric measures, consisting of fat and skin fold mass, body length, and areas of the thigh, arm, abdominal area, and head.

Don’t waste the hope of vaccines, alerts WHO